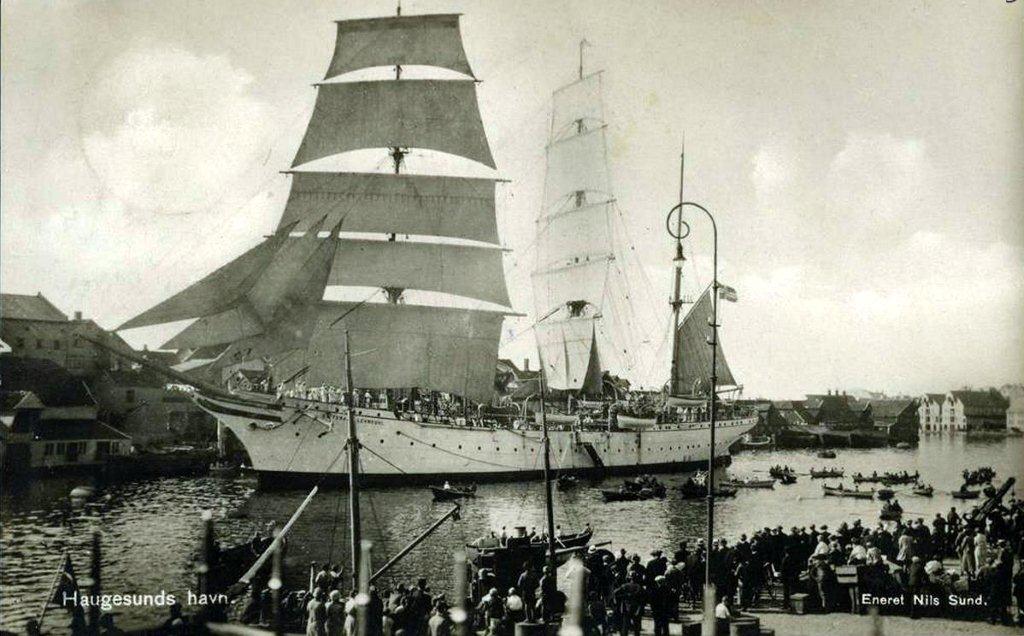 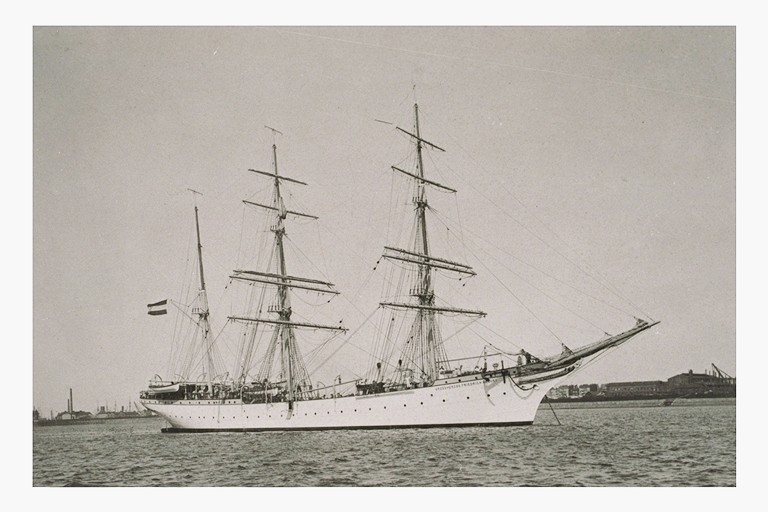 The “Statsraad Lehmkuhl” is a 3-masted steel bark, built by Johann C. Tecklenborg AG in Bremerhaven-Geestemünde in 1914 as a training ship for the German merchant marine. Her original name was “Grossherzog Friedrich August”. During most of World War Ι the “Statsraad Lehmkuhl” was used as a stationary training ship in Germany and transferred to England as part of the war reparations in 1920. On an initiative by the then current director of the Bergen-based shipping company “Det Bergenske Dampskibsselskab” and the former cabinet minister Kristofer Lehmkuhl, the «Statsraad Lehmkuhl» was purchased from England in 1921 and put into service as a sail training vessel under the Norwegian flag from 1923. As a token of appreciation and gratitude to Kristofer Lehmkuhl for his work for the school training ship cause, and for his work in the 1905 government cabinet, the ship was renamed «Statsraad Lehmkuhl» (Minister Lehmkuhl).
«Statsraad Lehmkuhl» served as a training vessel for the Bergen School Ship Foundation until 1967, except for the period 1940 – 1945, when the Germans confiscated the ship during World War II, painted her black and renamed her «Westwärts».

Despite public contributions, the Bergen School Ship Foundation could not afford to operate the ship beyond 1966. The interest in traditional Training Vessels was declining, and in combination with increasing operating costs this resulted in serious considerations to sell the ship.
Ship owner Hilmar Reksten purchased the ship in order to prevent it from being sold abroad, and to make sure that it continue as a school training ship. During the years 1968 – 1973 Ship owner Reksten operated the «Statsraad Lehmkuhl» as a training ship at his own expense and mainly for the benefit of his own shipping company. Following the oil crisis and the resulting tanker crisis, «Statsraad Lehmkuhl» was ultimately laid-up in Bergen harbour from 1973. In 1978 Ship owner Hilmar Reksten donated the «Statsraad Lehmkuhl» to the Statsraad Lehmkuhl Foundation, which is the current owner and operator of the ship. The foundation has, over the years, rented the ship out to the Norwegian Naval Academy, schools, clubs, companies and other organizations who wish to use the ship for training and cruises on long and short voyages between ports in the North Atlantic Ocean and the North Sea. In addition, the Foundation itself arranges cruises and coastal trips which are open for the general public of all nationalities and ages to attend.

«’’This ship is, I think, the best looking of all the three-posters of barque rig, and that is quite a statement, for there were, and still are, some extremely fine vessels of this class, and it is far easier to pick out the odd one which is not quite so pleasing than to select one to place above her contemporaries; yet I do think that this ship can make that claim, and what is more, I think that a glance at her profile will also convince the reader of that point. I find the sweep of her cutwater just perfect - and I like curves for their own sake - the sheer just right, and the whole composition so pleasing that I get great pleasure from this particular design.’’» The renowned sailing ship designer Harold A.Underhill 1956

The «Statsraad Lehmkuhl» has a gross tonnage of 1.516 tons and a sail area of 2.026 square meters distributed between 22 sails. The capacity for trainees is up to 150 persons in hammocks and the cabin capacity for the permanent crew and occasional extra training staff accommodates up to 40 persons. The ship has a diesel engine for propulsion that develops 1125 HP, which gives the ship a speed of up to 10 knots in fair weather conditions. Under sail the ship has reached speeds of over 18 knots and is renowned as a fast and exceptionally seaworthy sailing vessel. She regularly competes and wins the Tall Ships Races and has also been awarded the Boston Tea Pot Trophy several times since 2008, during fast Atlantic crossings. In 2016 she set a new record of 1548 nm in 124 hours maintaining an average speed of 12,5 knots.
Although she is considered to sail at her best in strong winds, due to her relatively undersized training ship rigging design, she regularly proves to be very competitive in light winds as well.
The «Statsraad Lehmkuhl» has been sailing as far abroad as to the United States since 1952, and every year since 2005 in connection with the annual training voyages with the cadets of Royal Norwegian Naval Academy.
«Statsraad Lehmkuhl» served as a school training vessel for the cadets of the German Navy in 2000, while their ship was under restoration and has been chartered for the same purpose by the Royal Norwegian Navy since 2002.
The «Statsraad Lehmkuhl» is today Norway’s largest and oldest square rigged sailing ship and also the oldest amongst the large square riggers in operation today. 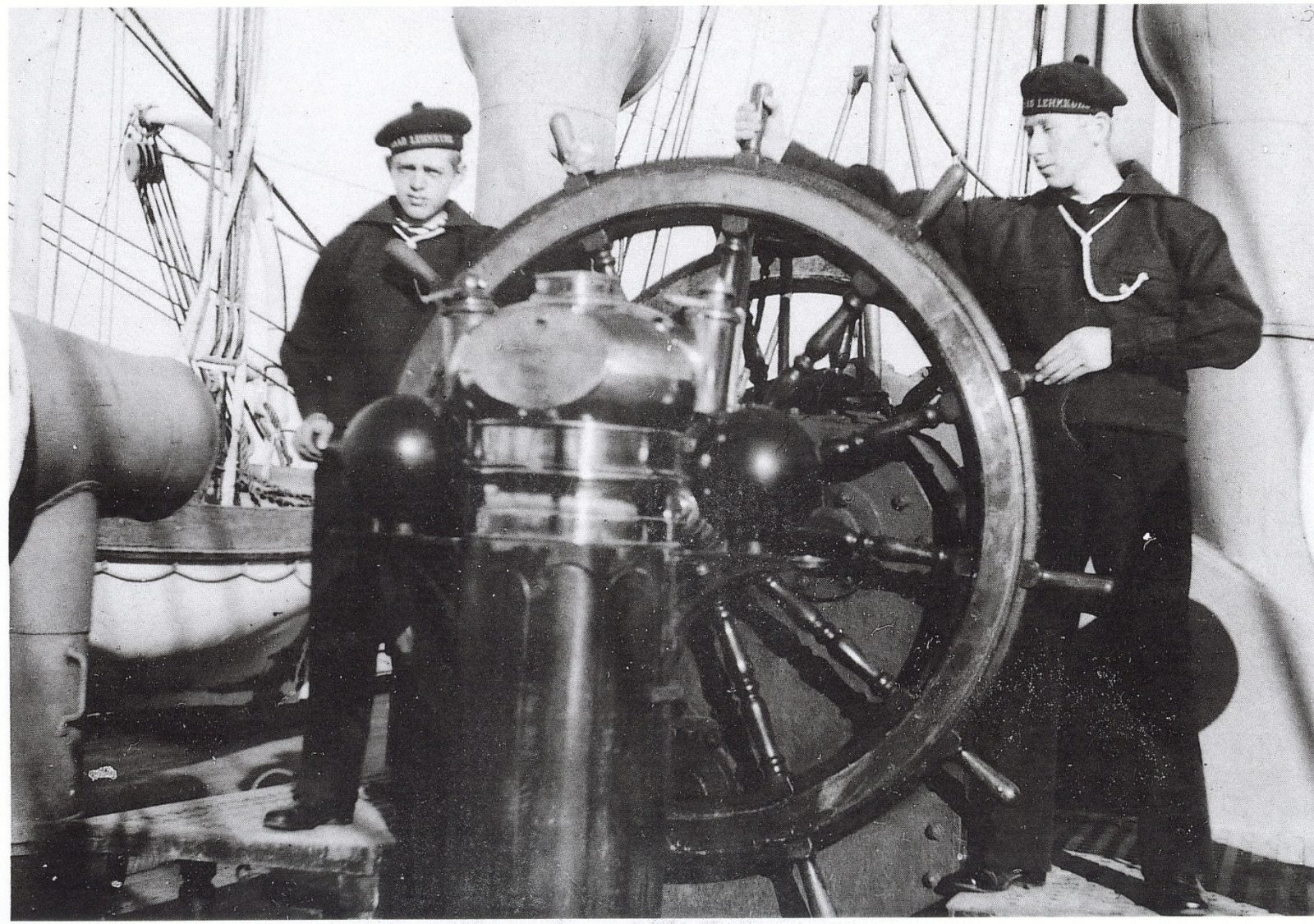 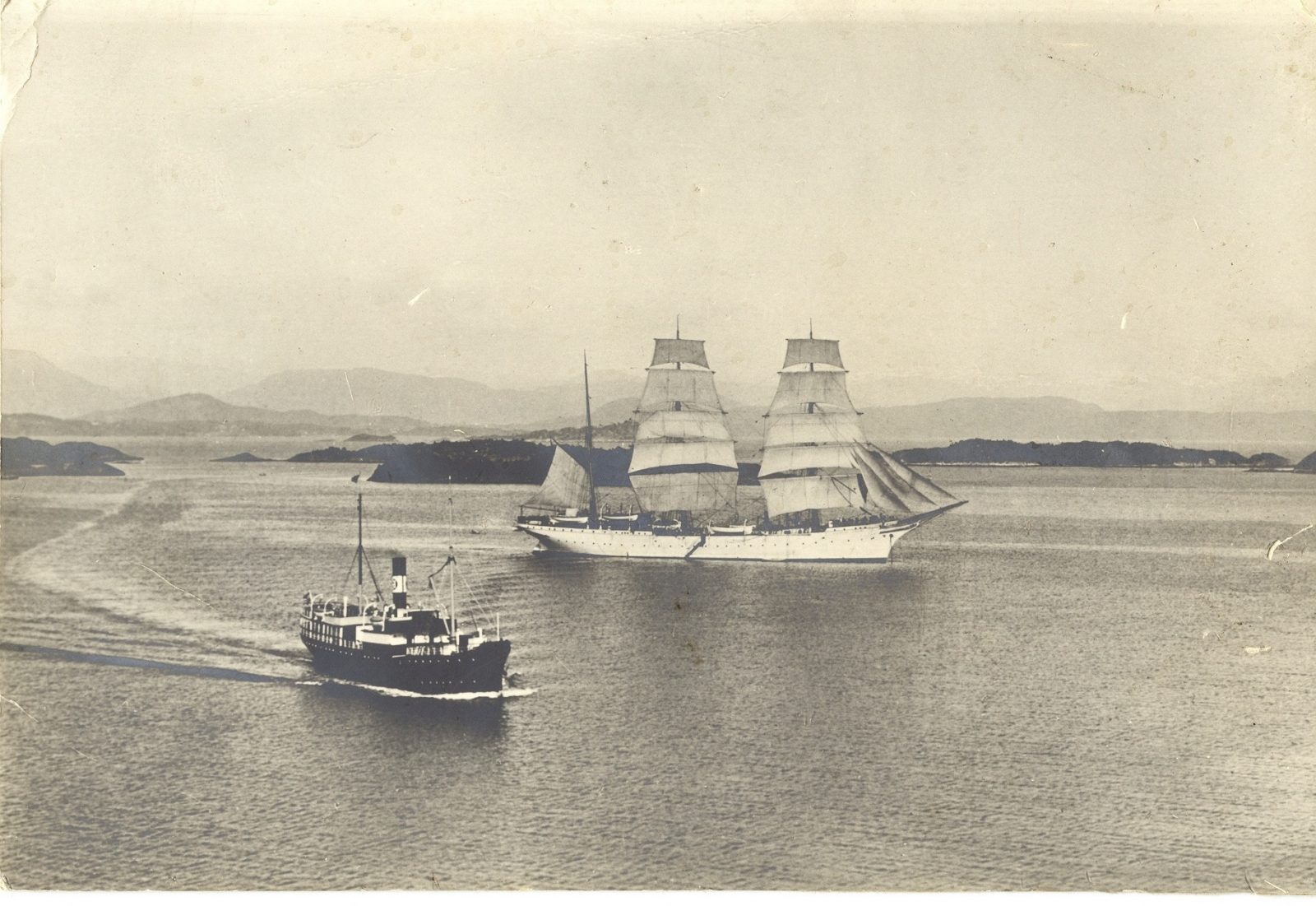